In the last week of term before the Christmas holidays, all of our Y13 students participated in their first Oracy Conference Day. Working in forms, they considered the topic of the NHS and debated whether or not it should be privatised.

Each workshop developed a public speaking skill leading to session four when each student delivered a two minute speech to their form group arguing for or against the privatisation of the NHS. In the final session of the day, two students from each form presented in the College Hall in front of the whole year group and a guest panel of judges. The judges were impressed with the high standard of speeches and eventually declared Oliver Ritchie and Matthew Breeze as winners whilst Neve Charles and Libby Harland came a close second. The students were also treated to a live speech from guest speaker Jonathan Quinn who is the CEO of local company Blockwalls.

Following on from the Oracy Conference Day, we entered two students into the Birkenhead Catenians’ public speaking competition at Prenton Golf Club on Friday 26th January. Oliver and Neve set to work preparing for the competition and crafting speeches to meet the new six minute time limit. Oliver chose to extend his NHS speech adding personal anecdotes and impressed the judges with his wealth of knowledge and use of rhetorical devices. Neve chose to write a new speech on the topic of feminism as this is close to her heart. Her passion was evident as she stood to deliver her speech in front of the fifty strong audience and challenged their preconceptions of what a feminist is and why equality for all is important.

There were four schools represented on the evening: St John Plessington Catholic College, St Mary’s Catholic College, St Anselms’ and Upton Hall. Each of the eight contestants had clearly prepared well for this competition and the standard was high. Unfortunately, it was a student from Upton Hall who won on the night, but our students received high praise not only from the judges but also individual praise from members of the audience. Both Oliver and Neve are now preparing for the provincial Catenians’ public speaking competition which will take place in St Helens in March. 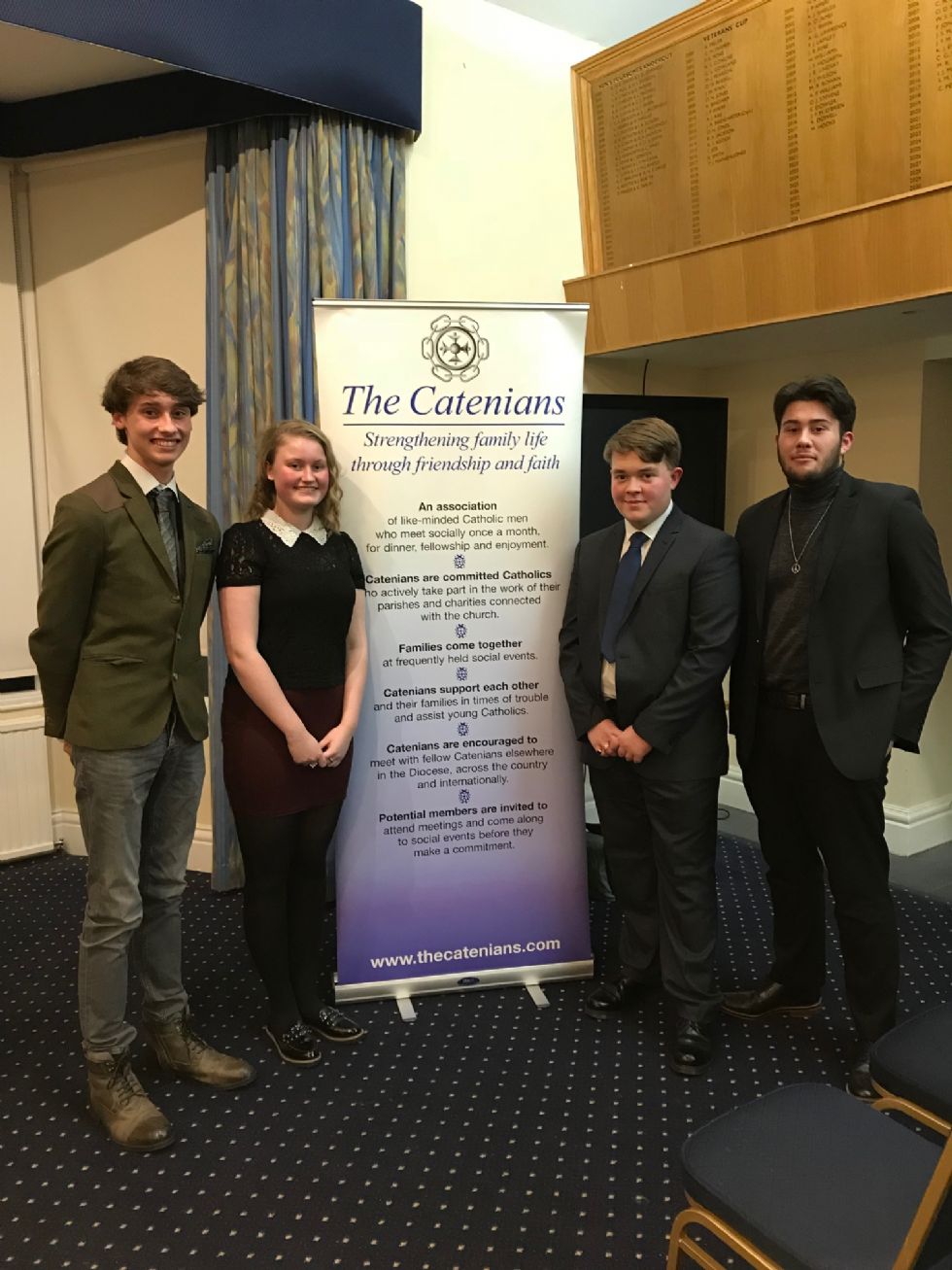